The big thunderbird - aka Sukhoi-7 can be seen at another location in Delhi. The Army Public School at the Ridge.

The school has several military artifacts on display – A Centurion tank and an armoured car can be seen at the entrance outside on the road. Within the campus itself is a Sukhoi-7BMK B-909 fighter bomber. The aircraft can be seen from the main road itself though the parapet wall tends to obscure it a bit.

In addition to the Centurion and the Ferret Armoured Car, a Vijayanta tank is believed to be on display inside the school.

The Sukhoi-7 apparently holds cherished memories to the students who studied in the school. Many returning students tend to get a photograph taken near the aircraft. Amit Jha posted this clear photograph of the aircraft from 2015. The aircraft looks weathered, but is fully there.  A little bit of TLC and fresh silver paint will bring it back to its previous glory. 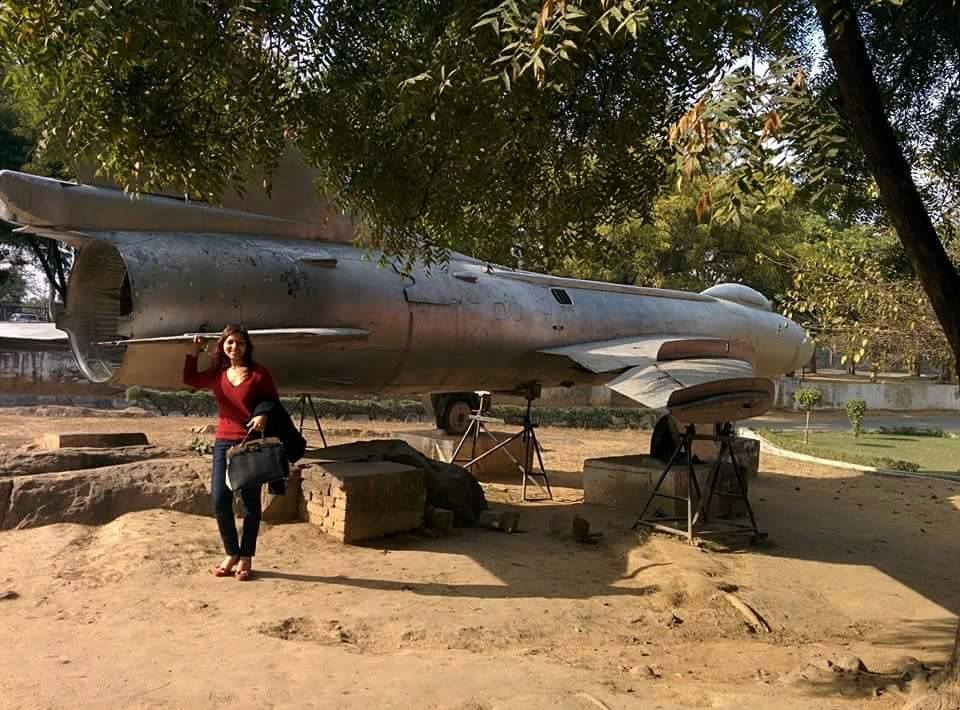 The first LCA at DRDO Bhavan