Ajeet E1982 is displayed outside the S.K. Pottekkat Cultural Centre in Kozhikode. 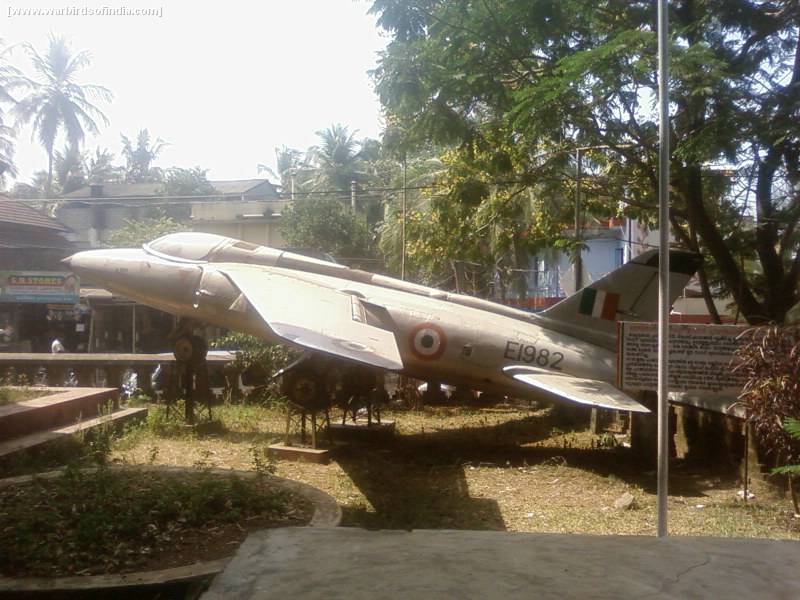 The only warbird (at the time of writing) that can be found in Kozhikode (formerly Calicut) can be found on the Puthiyara Pottammal Road that runs in the eastern part of the city. On the road is located the S.K.Pottekkat Cultural Centre, or the S K Park as it is known. Just outside the entrance of the Center is an HAL Ajeet E1982

The aircraft was first reported on our forums by “rkp” in August 2007. In December 2008, Rishi Tandon paid a visit to the aircraft and took the photographs on this page. As per him, the aircraft was in an uncleaned condition for quite a while.

As confirmed by the photographs, the aircraft ws displayed on stilts – and appeared very dirty – no doubt that the passing traffic played its part.

The Canopy was ajar and the flaps / ailerons had drooped. The aircraft however still retained its original markings and the prominent serial E-1982 which confirmed it as a Ajeet.

In August 2010, Air Force veterans from ex-Serviceman organisation took the intiative on their own to restore the aircraft’s condition.

After about two months of restoration, the finished aircraft was once again unveiled for display on 11th October 2010. 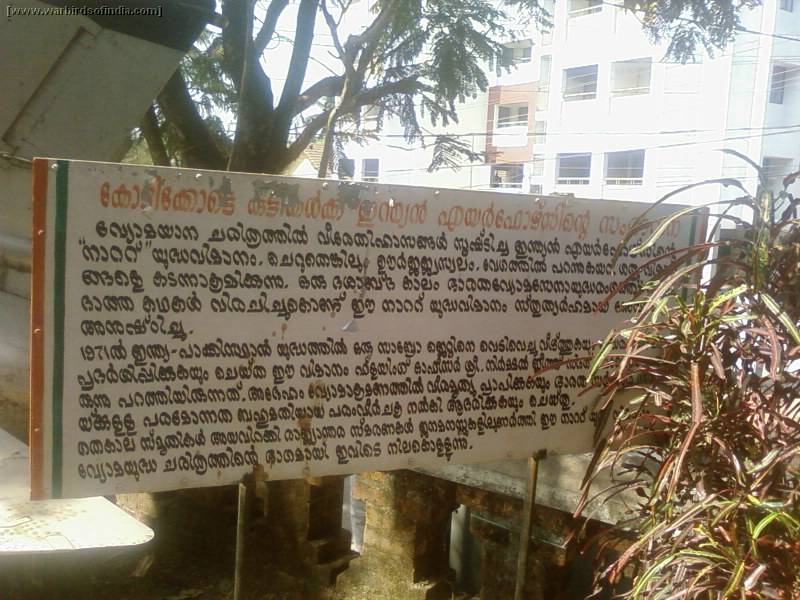 There is a small signboard in malayalam language the narrates the aircraft’s role. It mistakenly identifies it as a Gnat from the 1971 war. The Signboard at the Ajeet reads:

Gift to the children of Calicut from the Indian Air Force.

The Gnat Fighter plane of the Indian Air Force that created valiant epics in the history of aviation. Small, but energetic. Flies in fast and attack the enemy aircrafts. This Gnat fighter plane has done commendable service in the field of air warfare of India by writing grand stories of bravery for a decade.

This plane, which shot down a sabro (sic) jet in 1971 India-Pakistan war, was flown by Flying Officer Sri. Nirmal Jeet Singh. He was martyred in the air attack, and the government of India honoured him by conferring the highest military award, the Param Vir Chakra.

Indulging the past memories, and raising international memories (sic) in the minds of people, this Gnat fighter plane stands here, as a part of the history of air warfare.

All Photos by Rishi Tandon