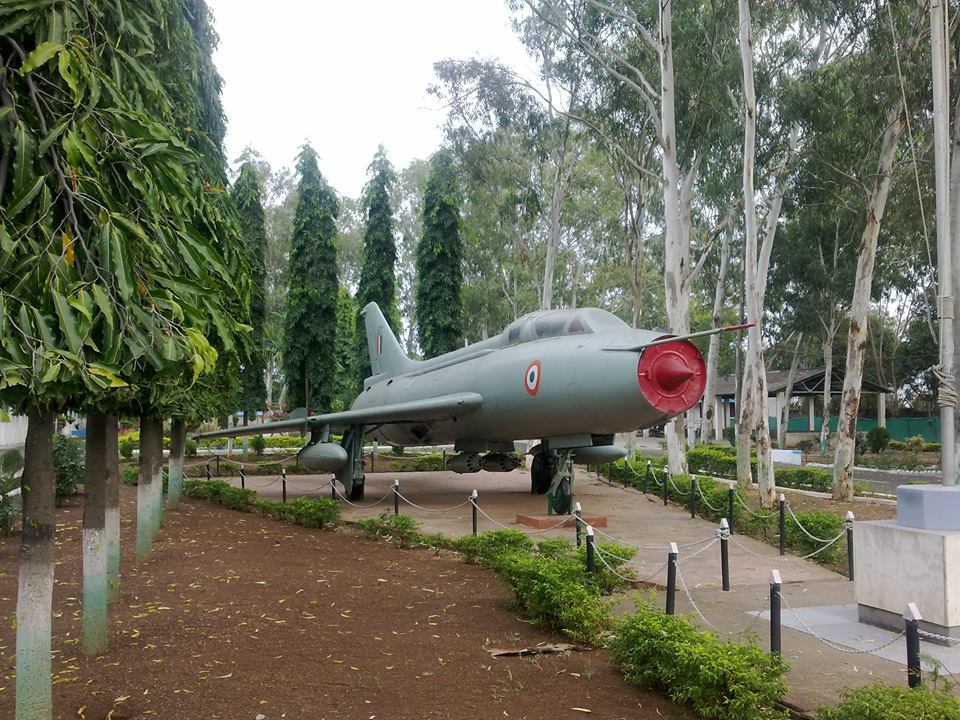 Ozhar continues its reputation as being home to some of the rare warbirds one gets to see around India.  We already mentioned about the examples of the Type 76s, the last Bis example of a MiG-21 ever built and a MiG-29 at one point of time. Being added to this collection is an example of a trainer variant of the Sukhoi-7BMK. 11 BRD has a Sukhoi-7U type trainer at the entrance gate.

First reported by Phil Camp during his visit to Ozhar, Photographs of the aircraft only came to light recently.  The aircraft is displayed in standard grey paint. The only other Sukhoi-7U known to exist (as of Jan 2015) is in at Chabua.