The Tigermoth takes to the air at Hindon in formation flight with a Stearman biplane flown by an interprid British Lady aviator.

Tracey Curtis is an adventurous British aviator who has embarked on a 13,000-mile solo flight from Britain to Australia in a vintage Stearman open cockpit biplane. Self-styled ‘Bird in a Biplane’ Tracey Curtis-Taylor, 53, set off yesterday in her 1942 Boeing Stearman Spirit of Artemis aircraft from Farnborough Airport in Hampshire. She will fly across 23 countries, making 50 refuelling stops over the next 14 weeks, before finally arriving in Sydney in January 2016.  As part of her flight, she landed at Hindon Air Force Station a couple of days ago.

She had since then received a heroine’s welcome. The Indian Air Force had laid out a red carpet for her. Among the several events done, was a meeting with Women Pilots of the IAF. An excellent photo opportunity was not passed up and the Vintage Flight’s Tigermoth took to the sky in a formation flight along with the Stearman biplane flown by Tracey. 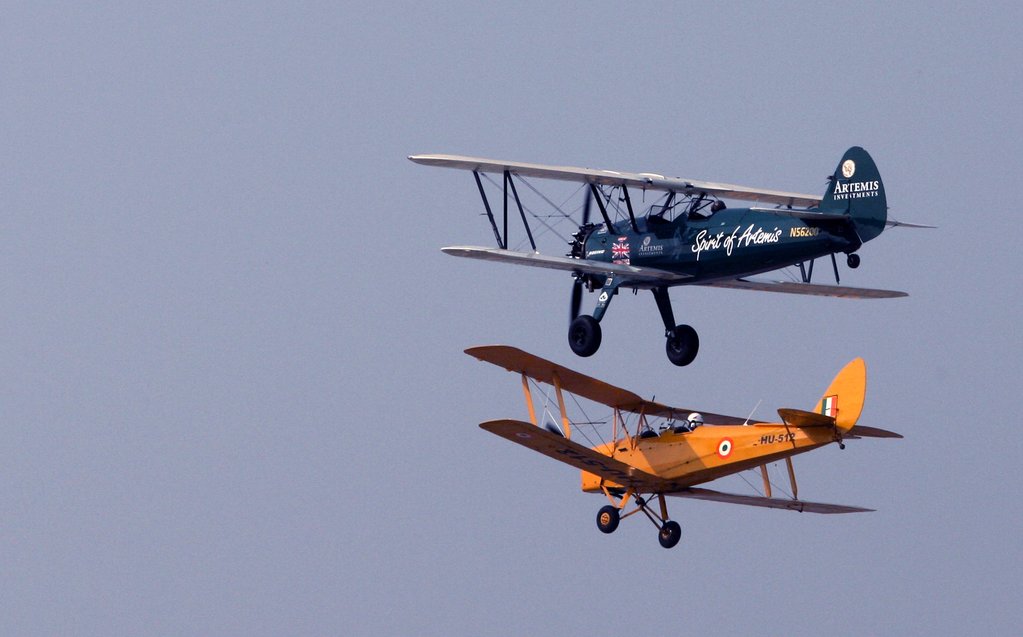