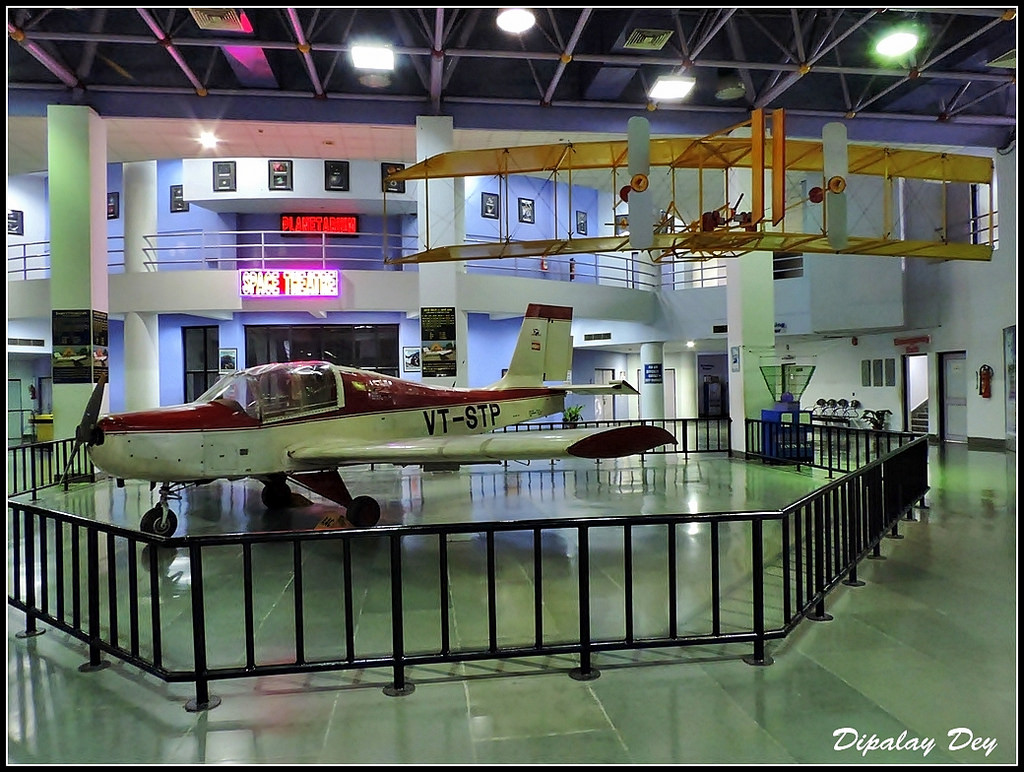 A rare BHEL Swati aircraft can be found at a Science Center near Kapurthala - along with the IAF's very first MIG-23BN!

The Pushpa Gujral Science City is a Science Center located over 72 acres of land in the of heart of Punjab, on Jalandhar- Kapurthala Road. It is intended to inculcate the scientific aptitude & temperament, to fire the imagination and creativity, foster the spirit of enquiry and exploration among the masses, especially in the young minds.

The Science City features an Aviation Component that forms part of the Defence Pavillion. While a Bofors Anti-Aircraft gun and a Vijayanta Tank represent the army, two aircraft have found their way into the city, a MiG-23BN [SM201] and a rare DGCA Swati aircraft, which was an indigenous design built by Bharat Heavy Electricals Limited.

The MiG-23BN on display is the first example that was inducted into the IAF. It features the very first serial number allocated to the BNs – SM201. It was manufactured on August 25, 1980 (Constructon Number 7542) and inducted in the Indian Air Force in the year 1981-82. Surprisingly the aircraft appeared to have flown only 1541:35 hours as per the science center. The last flight was by Flt Lt Rahul Lilani of No 220 Squadron at Halwara, on October 5, 2001. After about 224 years in service, the aircraft was retired from active flying in May 2004.

Atamvir Multani covers this aircraft more in detail no his blog. He writes:

(In the cockpit).. saw that the joystick and majority of the instruments are intact.

An identity confusion was created after seeing ‘SM-294′ painted on the pilot seat’s headrest , but chances are that the airframe is 201 with the seat which was once in SM294.

The second aircraft on display at the Science Center is in a way a more interesting type than the MiG. It is the shortlived "Swati" light trainer aircraft VT-STP. The Swati was an inhouse design by DGCA That was taken up by BHEL for manufacturing. fewer than 20 are believed to have been manufactured.  This is the first intact aircraft earmarked for preservation. Another aircraft is known to be derelict in Juhu.