To confuse the warbird spotters, a MiG-21U Trainer preserved at the Officer's Mess at Bagdogra airfield raises several questions. A second derelict Type-66 was also reported there, though its longevity is under question.

A recent find in Bagdogra was a MiG-21U Type 66-400 preserved at the Officer’s Mess. The aircraft was mounted on concrete pylons – with the undercarriage not extended (possibly missing?) .

The aircraft sports the serial U-455, which is one of the oldest Type66 / MiG-21U inducted in the IAF. (The oldest one U-453 was recently reported in Imphal). Now here is a problem. There is already a preserved MiG-21U with the serial U-455 out there – and that is at the southernmost tip of India in Nagercoil town. We reported on it in 2016.

So two MiG-21Us with the same serial? Maybe one of them is a mistake, perhaps a latter Type 69 painted with an incorrect number. but no dice. Closer examination of both the photos show the aircraft in both location to have the shorter chord fin with kink that is a distinctive feature of a Type 66. 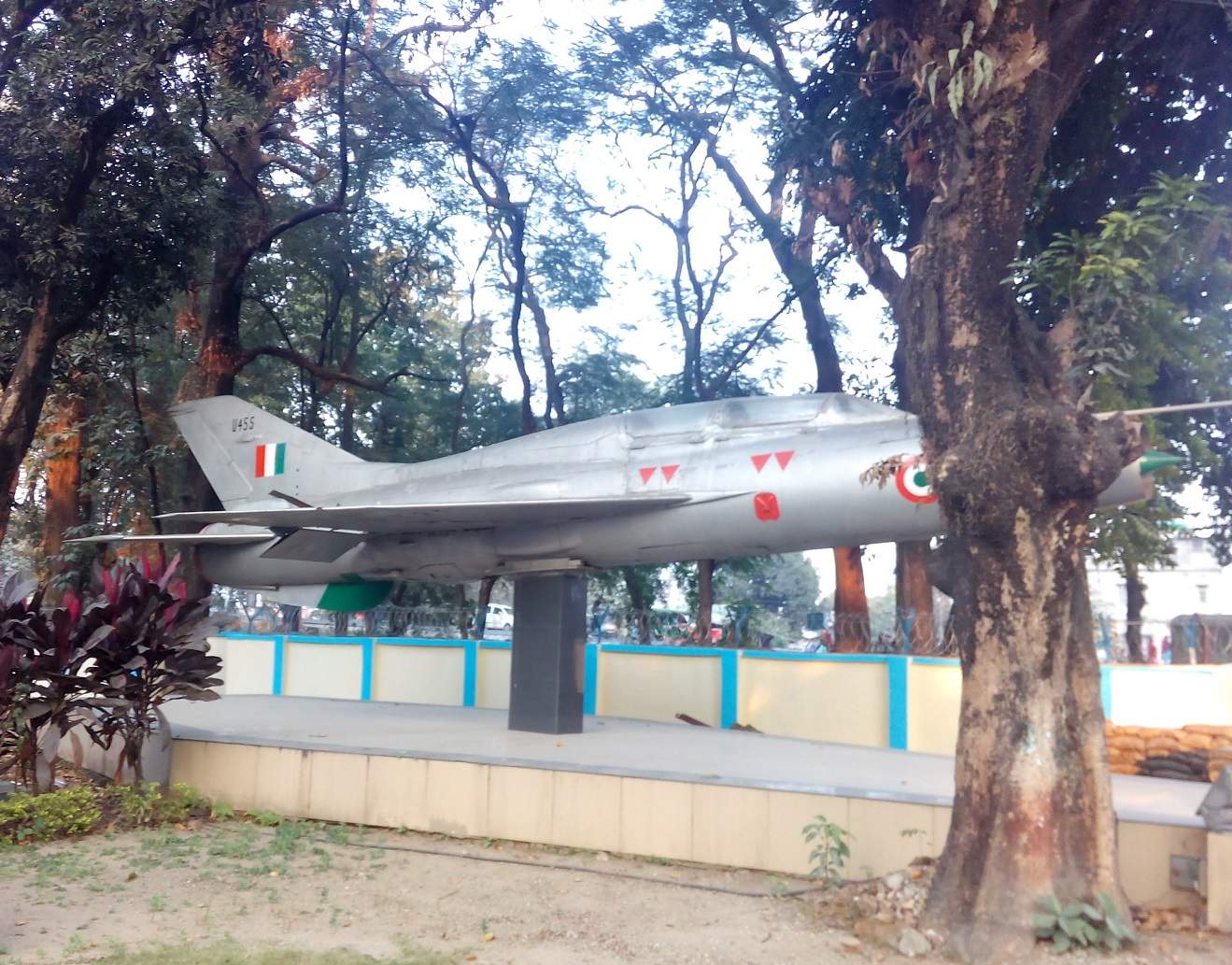 This view of the MiG-21U shows the shorter chord vertical fin of the Type 66 that includes a “Kink” at the joint between the fin and the fuselage spine.  Also missing is the “Acorn” style parachute fairing at the base of the fin. The Type 66 had the parachute stowed below the jet pipe.

U-455 is not the only rare MiG-21U Type 66 on base. Also stored elsewhere on the base is another example – Aircraft No U-458. The below photograph of U-458 shows it to be stripped of many usable components and is currently resting on stilts. It features the faded badge of No.8 Squadron “Pursoots”.  While it may appear that this aircraft is destined to the scrap heap, it is hoped someone will take it up as a restoration project and do a cosmetic job to display it as a Warbird. Afterall this aircraft has a 50 year history behind it. 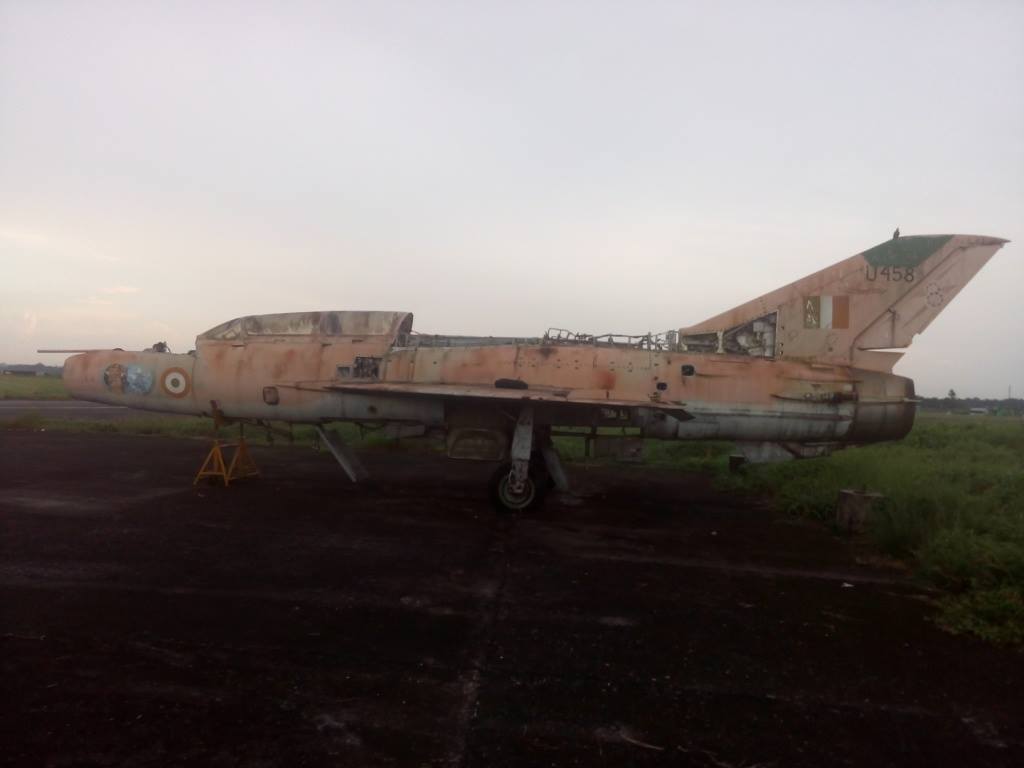 The U-45x series of Type 66 trainers were first inducted towards end of the 1965 war. Seven of them were known to have been inducted at that time. Four of them were still flying on the inventories of 8,28 and 30 Squadrons in the early 80s.  Slowly they were replaced by Type 69 variants.